To share your memory on the wall of Mario Barbera, sign in using one of the following options:

Mario was a kind-hearted soul who lived his life with compassi... Read More
Mario Barbera Jr, 37, of Ironwood passed away on Friday, September 4, 2020.

Mario was a kind-hearted soul who lived his life with compassion and was friendly to everyone and every creature. He accepted and honored all circles of life as he navigated through finding his space in this world. He was a minimalist and enjoyed time with his family the most.

To say he was fascinated with astrology, sci-fi, metaphysics, and anything cosmic in this universe would be an understatement. He was interested in discovering everyone’s birth chart, as hiswas represented in a tattoo on his left forearm. He never missed an opportunity to watch the sunset and the stars and planets rise in the night sky. Mario was a Pisces. The stars and planet, Mars, that make up his astrological sign/constellation along with the waning full moon have been clearly visible at 10 pm in the Eastern sky every night since his passing. He found serenity and wonder in all the pieces that make up our amazing universe. He always appreciated the “little fluffy clouds” in the daytime sky. Jessica, his older sister inspired his love of nature and eco-minded awareness. They were the recycling gurus of the family.

Mario always pushed conversations on life’s big subjects, religion being one of them. Conversations on this subject with his Dad, Mario Sr meant they could continue to converse well into the night. He was most interested in the Catholic Church and was a member of Our Lady of Peace in Ironwood. He frequently met up for mass with his Grandpa, Frank. He followed Jesus’ way of life.

Mario was an avid gamer since the days of Zelda. When Nintendo came out on the market, his really cool grandparents bought him one; and he practically wore it out. He mastered every Mario Bros game, and of course, we were all Luigi when we played with him. His sister, Heather, was his most consistent rival and closest friend. Collecting Magic cards was another hobby he loved.

Speaking of grandparents, his Grandma Rita recognized his artsy eye for all things sparkly. Mario loved diamonds and aspired to be a jeweler or gemologist. He was a gem collector and our jewelry aficionado.

When Mario lived and worked in Portland, Oregon, he also played hard. He practiced the art of fire dancing and was very impressive and frightening with his skills. He biked the city on the most minimalist of bikes, a white Surly Steamroller. This was a single-speed commuter bike known for its ability to be gritty enough to handle tough city roads, but also be smooth and fast. A bike that fit him well. He enjoyed being with his friends in Portland, a small group that he held dear. He was shy, but very generous and caring to those he knew best.

Mario made his way back home and was happy to help out at the family business, Joe’s Pasty Shop, where he worked side by side with his mother Karen.

Our Son, Brother, Uncle, and Friend was a big spirit and will be deeply missed. His presence will be felt with every cosmic light in the night sky.

Mario would have wanted to thank each and every one of you that helped him during his times of trouble and struggle. Please consider reaching out and helping others in need by donating to the Northern Alliance on Mental Illness NAMI, https://www.nami.org/Home or Gogebic County Community Mental Health, 778 E. Ayer St., Ironwood, MI 49938.

A private memorial service will be held.

The family has chosen McKevitt-Patrick Funeral Home of Ironwood to honor Mario’s legacy of life. You can leave a condolence or a tribute at mckevittpatrickfuneralhome.com.


“Moonlight drowns out all but the brightest stars.”
― J.R.R. Tolkien
Read Less

Receive notifications about information and event scheduling for Mario

There are no events scheduled. You can still show your support by sending flowers directly to the family, or planting a memorial tree in memory of Mario Barbera Jr..
Plant a Tree

We encourage you to share your most beloved memories of Mario here, so that the family and other loved ones can always see it. You can upload cherished photographs, or share your favorite stories, and can even comment on those shared by others.

Posted Sep 15, 2020 at 03:13pm
Condolences to the Barbera family for the loss of Mario Jr. We met a few years ago and spoke of many things...the universe, life, and acceptance. He found it interesting that I used to work at the pasty shop many years ago. He also mentioned how lucky he was to have loving and understanding parents, family. Please know he’s shining, not twinkling among the stars.

Posted Sep 10, 2020 at 11:19am
Psalm 46:1 God is our Refuge and strength an ever present help in all our troubles. My deepest sympathy. Cynthia (Barto) Sturmer 🙏
Comment Share
Share via:
HS

Posted Sep 10, 2020 at 06:26am
Mario. I loved you so much, and I am so sad to see you go. I hope you have found your peace. You will be so greatly missed by so many, and I hope more than anything that you know that.
Comment Share
Share via:
DB 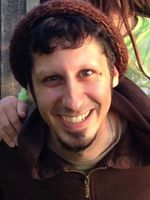 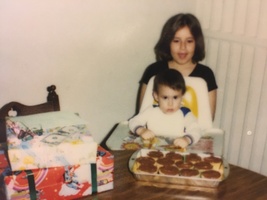 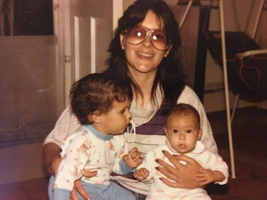