To share your memory on the wall of Elden Erickson, sign in using one of the following options:

Print
Elden D. Erickson, 72, of Ironwood Township passed away at his home on November 6, 2020.

Elden was drafted into the U. S. Army April 1, 1969, and served in Vietnam and was honorably discharged on January 22, 1971 after a sniper shot him and subsequently hit one of the grenades he was carrying, which by the grace of God didn’t go off. The bullet traveled through his body embedding itself in his hip, and he carried what he called his souvenir all his life. Although he earned many metals while in the Army, the Purple Heart was his most prized possession.

In his early years, he enjoyed fishing, hunting, hiking, snowshoeing, messing with his tractors, and watching football with friends. Later in life, he settled for riding the backroads and checking out nature and nature’s animals, being with his many friends, and meeting new people. Elden’s favorite place to be was his cottage on Lake Superior with family and friends.

Many will remember him, smile, raise their glass in a toast and tell “Elden Stories”.

He was a lifetime member of the Military Order of the Purple Heart, Vietnam Veterans of American, and Disable American Veterans. He was also a member of the Wounded Warrior Project, American Legion, and the Veterans Memorial Fund.

He was preceded in death by his parents, Helmer and Dorothy Erickson and a brother, Ronald C. Erickson.

Elden is survived by his wife, Sharon; brother, Bruce Erickson; nieces, Kristin (Randy) Croft, Cindi (Geoff) Geary and Tiffany (Johnny) Stokes all of Texas; and his favorite cousins, Chris (Dan) Bielinski, Clark Erickson, and Michael (Ruth) Erickson. He is also survived by his special family, Tom (Sue) Coolidge and Tony (Terry) Pottis, who he thought of as his boys. To quote Elden “Love, not blood, makes and binds a family”.

The family has chosen McKevitt-Patrick Funeral Home of Ironwood to honor Elden’s legacy of life. You can leave a condolence or a tribute at mckevittpatrickfuneralhome.com.
Read Less

Receive notifications about information and event scheduling for Elden

There are no events scheduled. You can still show your support by sending flowers directly to the family, or planting a memorial tree in memory of Elden D. Erickson.
Plant a Tree

We encourage you to share your most beloved memories of Elden here, so that the family and other loved ones can always see it. You can upload cherished photographs, or share your favorite stories, and can even comment on those shared by others.

Posted Nov 21, 2020 at 10:36am
We are a small part of the First Baptist Church family (now Woodland Church) who worshipped together with the Erickson family for so many years. This post is a tribute to Elden in memory of him and his mom and dad and brothers. All of them were a such a vital part of that church history. It is sad to see that Elden has left us. May God comfort your hearts. "My peace I leave with you...." Floyd and Lois Fruik.
Comment Share
Share via: 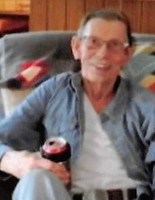