To share your memory on the wall of William Holst, sign in using one of the following options:

He was born on June 10, 1927, son of Oscar and Ida (Berg) Holst. He attended A. L. Norrie... Read More
William Edward Allen Holst, 93, of Ironwood Township, passed away peacefully at St. Mary's Hospital in Duluth Minnesota on November 4th, 2020.

He was born on June 10, 1927, son of Oscar and Ida (Berg) Holst. He attended A. L. Norrie school and graduated from Luther L. Wright High School in Ironwood in the class of 1945.

Bill joined the U. S. Navy in May of 1945, was stationed in Hawaii for the duration of the war. He was discharged in July 1946.

Bill worked at Penokee and North Range mines from 1947-1961 and then White Pine Copper Company until he retired in 1989. At his White Pine reunions, he was the oldest living employee still attending. Bill was a hard worker and instilled in his family the pride of a job well done. He never missed a day of work in his lifetime

. On May 23, 1953, he married his beloved wife of 67 years, Jean Mattson, and raised the (Three D's) Debbie, Diane, and Dale. He was a member of Salem Lutheran Church in Ironwood Bill was always in the background quietly helping anyone who asked. He was always ready to help on any project, roofing, sawmilling lumber, pouring slabs, and after to celebrate a job well done. Bill successfully witched many wells for family and friends with his trusty willow branch.

Bill loved to dance. He and Jean squared danced with a group of people for many years, but wedding receptions was where he (as we would call it) get his "happy feet" and polka the night away.

Bill spent many hours on the "big lake “fishing with friends and in the later years with his good neighbor, Art. He loved to hunt and spent many years at camps, spending his later years with “the guys on Birch Hill”. Bill and Jean were famous for their pickles, beans, and beef jerky. He always had a pack of jerky on him to give away.

Bill's pride and joy was the cottage at Pine Lake. He loved being there. It brought his family together every weekend and holiday during the summer. We all learned so many life skills there from him. Campfires, saunas, water skiing, tubing so many memories. It was for all of us our "happy place" to enjoy. Bill was the "go-to guy” on Finn Point for advice and tools and always had a remedy for a maintenance problem. He also had a special neighbor at the lake, Cliff who he spent time with fishing, playing cards, snowmobiling, and just plain enjoying life.

He was preceded in death by his parents, Oscar and Ida Holst; in-laws, Hjalmer and Signe Mattson; brother, Dean; and sisters and brothers-in-law, Shirley and Bob Martini, Evelyn and Sid Hovey, Doris and Gib Hild, Florian Partyka, Eileen and Donald Sanders, Nancy and Kenneth Mattson, and Bob Vaara.

A graveside memorial service will be held in the spring at Sunset Acres in Ironwood Township.

The family is planning a celebration of life gathering to be held at a later date at Pine Lake at the cottage that he so loved.

The family has chosen McKevitt-Patrick Funeral of Ironwood to honor Bill's legacy of life. You can leave a condolence or a tribute at mckevittpatrickfuneralhome.com.
Read Less

Receive notifications about information and event scheduling for William

There are no events scheduled. You can still show your support by sending flowers directly to the family, or planting a memorial tree in memory of William Edward Allen Holst.
Plant a Tree

We encourage you to share your most beloved memories of William here, so that the family and other loved ones can always see it. You can upload cherished photographs, or share your favorite stories, and can even comment on those shared by others.

Posted Nov 13, 2020 at 03:09pm
So sorry to hear about Bill... he definitely held a special place in our family and our hearts. Many many good cottage memories and laughs. My guess is Cliff & Bill are enjoying a Busch Light this very moment!! Bill always had a smile... even with the snowmobile mishap from the Yukon. ha ha... good stories to tell. Keeping you in my thoughts and prayers. Hugs to you all... he will be truly missed. ~ Sharon Decker
Comment Share
Share via: 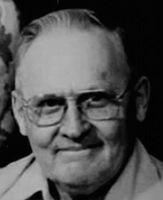