To share your memory on the wall of Raymond Volaski Jr., sign in using one of the following options:

Provide comfort for the family by sending flowers or planting a tree in memory of Raymond Volaski Jr.

Provide comfort for the family by sending flowers or planting a tree in memory of Raymond Volaski Jr.

Print
“There are special people in our lives who never leave us ... even after they are gone.”

Duluth, Minn. - Raymond George Volaski Jr, age 73 of Ironwood, passed away unexpectedly on August 12, 2020
Read More
“There are special people in our lives who never leave us ... even after they are gone.”

Ray was born on April 30, 1947, in Ontonagon, Michigan, son of Raymond and Aileen (Kieranen) Volaski Sr. He graduated in 1965 from Ewen High School. Shortly after he graduated, he was hired as an apprentice at Hegg Plumbing and Heating in Ontonagon, where he learned many skills of the trade which would later develop into a career in the industry. He also worked for Turpeinen Brothers in Alston, Michigan, where he painted semi-trucks and trailers and was a member of the Teamsters Union, working on construction and as a heavy equipment operator. Eventually, he entered into a partnership with Doug Anderson and started a business known as Midway Heating, which was based out of Ray’s family home in Bruce Crossing, MI.

In May of 1983, Ray married his wife, Colleen, and ventured out to become his own independent contractor. He founded Volaski Heating and Excavating in Ironwood. The talents he was blessed with and the various skills he acquired along the way were always shared and put to work to help others, going above and beyond to provide the most affordable service and repairs to fit the individual needs of his customers and earning him much respect in the industry. His genuine, optimistic, and gentle demeanor allowed him to cultivate many lasting friendships and loyal customers throughout his life and career. Ray respected and treated everyone as his top priority.

Ray was always ready for anything. There was nothing he couldn’t repair, nor was there any job too big for him to tackle. He did it all, seamlessly and joyfully. He had compassion for others and would always offer his time for anything that needed to be done, just to help someone out; even if it was making time to sit and visit with those who were alone.

Ray loved people and truly enjoyed his journey in his profession. When asked when he was going to retire, he would reply with a smile, “When you see my name in the newspaper, you’ll know that I retired.”

In summary, his life closely modeled a saying that was once said, “Unless a man undertakes more than he possibly can do, he will never do all that he can.” Ray will be greatly missed and will forever hold a place in the hearts of all that knew him.

He was preceded in death by parents, Raymond and Aileen (Kieranen) Volaski Sr.; brothers-in-law, James Kinonen and Mark Bunjevac; along with several uncles, aunts, and cousins.

A special thank you to all of the emergency responders and medical personnel that came to his aid during this difficult time, as well as all the support that was given by the staff and pastor, Mike, at McKevitt-Patrick Funeral home. The professionalism and kindness that was provided to our family were greatly appreciated and will be always remembered.

A private Celebration of Life will be held for family and friends.

The family has chosen McKevitt-Patrick Funeral Home of Ironwood to honor Raymond’s legacy of life. You can leave a condolence or a tribute at mckevittpatrickfuneralhome.com.
Read Less

Receive notifications about information and event scheduling for Raymond

There are no events scheduled. You can still show your support by sending flowers directly to the family, or planting a memorial tree in memory of Raymond George Volaski Jr..
Plant a Tree

We encourage you to share your most beloved memories of Raymond here, so that the family and other loved ones can always see it. You can upload cherished photographs, or share your favorite stories, and can even comment on those shared by others.

Posted Oct 29, 2020 at 09:42pm
I just heard of Ray's passing. What a great guy and a truly nice man! My sincere condolences at his passing
Comment Share
Share via:
TF

Posted Aug 27, 2020 at 06:04am
Always liked Ray when we were in school and I visited there. Thoughts and prayers are with you all. May God bless you with his healing peace. Becky (Hemming) Kennedy
Comment Share
Share via:
DL

Posted Aug 26, 2020 at 12:33pm
I am sad to see that Ray has passed away. But I am happy that I knew Ray for a good part of my life. Ray was a friend in high school and I often hired Him for furnace work and for backhoe jobs at our family farm. He was always a hard worker and wore a smile on his face. My deep condolences to his family. Rest In Peace, Ray.
Comment Share
Share via: 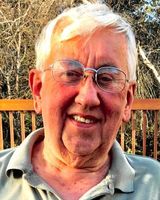