To share your memory on the wall of John Doxsey, sign in using one of the following options:

Born in Cleveland, Ohio, Doug was raised in Cleveland Heights. In high school, he was active in sports and spent hours ... Read More
John Douglas “Doug” Doxsey, 68, passed away peacefully on March 7, 2020, in Milwaukee, following a short illness.

Born in Cleveland, Ohio, Doug was raised in Cleveland Heights. In high school, he was active in sports and spent hours tinkering with a beloved Mustang sports car. Doug then attended Carnegie-Mellon University, where he participated in a 5-year program, culminating in a Masters degree in Public Administration.

Following his time at Carnegie-Mellon, Doug moved briefly to Oshkosh, Wisconsin, where he worked in public administration. Doug quickly relocated to Ironwood, Michigan, a place where he established roots and developed long and enduring friendships. He loved being a part of a small community, surrounded by the beauty of the Upper Peninsula. Doug had an independent spirit and held a variety of jobs, including a roto-tilling business. Most recently, he was particularly fond of his volunteer effort at the Historic Ironwood Theatre. He was an avid gardener and took great pride in his lilies. Over the years he played community softball and dart-ball. Doug was a life-long and enthusiastic fan of the Cleveland sports teams.

Doug was the middle child of five siblings, in a close and supportive family. He was preceded in death by his brother, Rodger.

A Celebration of his life will be held at a later date due to the Covid-19 Pandemc.

The family has chosen McKevitt-Patrick Funeral Home of Ironwood to honor Doug's legacy of life. You can leave a condolence or a tribute at mckevittpatrickfuneralhome.com.
Read Less

Receive notifications about information and event scheduling for John

There are no events scheduled. You can still show your support by sending flowers directly to the family, or planting a memorial tree in memory of John Douglas "Doug" Doxsey.
Plant a Tree

We encourage you to share your most beloved memories of John here, so that the family and other loved ones can always see it. You can upload cherished photographs, or share your favorite stories, and can even comment on those shared by others.

Posted Apr 16, 2020 at 03:44pm
Just saw that Doug had passed away in March 2020.Doug was always in my P.E. classes at Cleveland Heights High School.While I used to think I was in better shape than most, because I played football, Doug would always beat me in any race, or feat of strength.He was also smart and very understated.A good guy.Rest in peace.
Howard Glazer M.D.

Posted Mar 28, 2020 at 02:14pm
I went to school with Doug at Carnegie Mellon University. He was a great person back then, very low key. I lost touch with him shortly after we graduated.

This week we had a video reunion of our class on Zoom. He was the only one that we had no information on. This was a very sad way to find him again.
Comment Share
Share via:
JN

Posted Mar 27, 2020 at 10:52pm
Sadly I never knew Doug but I work at Carnegie Mellon where he went to school and just last week was looking for his contact information to invite him to a virtual meeting for his Carnegie Mellon class. My sincere condolences to Doug's family. 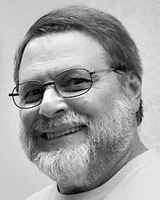