To share your memory on the wall of Irene Kanipes, sign in using one of the following options:

Print
Irene Kanipes, 93, a lifelong resident of Ironwood passed away on April 15, 2020, at home in Ironwood with her family by her side.

Irene was born on March 15, 1927, the eleventh and youngest child of Frank and Sophia (Dombrowski) Li... Read More
Irene Kanipes, 93, a lifelong resident of Ironwood passed away on April 15, 2020, at home in Ironwood with her family by her side.

Irene was born on March 15, 1927, the eleventh and youngest child of Frank and Sophia (Dombrowski) Lichaczewski. She grew up in Ironwood and attended local schools. After her father died in 1940, she moved to Chicago to work in a factory making wartime supplies. Upon returning to Ironwood, she worked a variety of jobs including taxi dispatcher, hotel maid, bartender, and much later a seamstress at Munsingwear. However, her favorite job was being a wife, mother, and grandmother.

On January 31, 1949, she married Oliver Kanipes. They were inseparable during their 66 years together raising their four children at their home in Ironwood and at the cottage in Mercer. Oliver preceded her in death on May 10, 2015.

Irene had many talents including being an excellent cook, sewing, knitting and crocheting, and working with stained glass. The many afghans and stained-glass projects she made were given to family and friends. She also enjoyed working in her flower garden and fishing at the cottage, usually catching more fish than Dad.

She was preceded in death by her parents, Frank and Sophia Lichaczewski; husband, Oliver; and her siblings.

Irene will be sorely missed by her family and friends. She was a kind and loving woman who always put others first. Her door was always open with an offer of coffee or food to any visitor. She tried to make everyone feel welcome.

Interment will be in Riverside Cemetery in Ironwood.

The family has chosen McKevitt-Patrick Funeral Home of Ironwood to honor Irene’s legacy of life. You can leave a condolence or a tribute at mckevittpatrickfuneralhome.com.
Read Less

To plant a memorial tree in honor of Irene Kanipes, please visit our Heartfelt Sympathies Store.

Receive notifications about information and event scheduling for Irene

There are no events scheduled. You can still show your support by sending flowers directly to the family, or planting a memorial tree in memory of Irene Kanipes.
Plant a Tree

We encourage you to share your most beloved memories of Irene here, so that the family and other loved ones can always see it. You can upload cherished photographs, or share your favorite stories, and can even comment on those shared by others.

Plant a Tree in Memory of Irene
Plant a tree 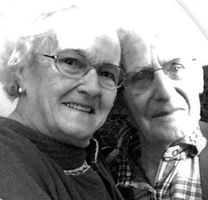