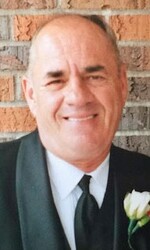 He worked at Indianhead Ski Hill for 49 years as the Food and Beverage Manager. Dennis was a good family man and had many good friends.

He was preceded in death by his parents, Emil and Kathryn Novascone, and his brother-in-law, Jim “Boomer” McRae.

A Mass of Christian Burial will be held on Wednesday, June 30th at Our Lady of Peace Catholic Church in Ironwood at 11 am with Fr. Binu Joseph as celebrant, preceded by a visitation from 9:30 until the time of the Mass.

The family has chosen Ketola-Burla Funeral Home of Ironwood to honor Dennis’s legacy of life. You can leave a condolence or a tribute at mckevittpatrickfuneralhome.com.