To share your memory on the wall of David Aimone, sign in using one of the following options:

In addition to his parents, David was preceded in death by two nephews, Brian Erspamer and Tim Bishop; one niece, Lori Cross; and by two brothers-in-law, Tom Bowman and Darryl Bishop.

Military graveside services will be held at a later date.

The family has chosen McKevitt-Patrick Funeral Home in Ironwood to honor David’s legacy of life. You can leave a condolence or a tribute at mckevittpatrickfuneralhome.com.
Read Less

Receive notifications about information and event scheduling for David

Print
Military graveside services will be held at a later date.

We encourage you to share your most beloved memories of David here, so that the family and other loved ones can always see it. You can upload cherished photographs, or share your favorite stories, and can even comment on those shared by others.

Posted Sep 16, 2020 at 09:32am
"Hey Goosting! Hey Goost!" Dave would call out to me at our HHS Class of 1963 reunions.
Affable, quirky and at times teasing - Dave's big personality always stood out.
He embodied the greatness of our generation.
Gus Ricca (Iron Belt, now Shorewood) Dave's Hurley classmate from 1958 to 1963.
Comment Share
Share via:
D

Posted Aug 25, 2020 at 09:39am
I miss you so much big brother Your love for family and country was awesome I will always keep your memory alive Your youngest sister Deb
Comment Share
Share via:
GM

Posted Aug 21, 2020 at 04:45pm
David E Aimone was a good friend and will be sorely missed. From and early age he demonstrated his commitment to hard work and dedication to the task at hand. As the Mayor of Gile, he devoted his life to making sure the community was a better place for all to enjoy. Our country needs more like David with the dedicated loyalty to the betterment of society and the quality of life. Rest in peace my friend. Izzy Miller
Comment Share
Share via:
D

Posted Aug 19, 2020 at 10:16am
David was a friend of the entire Sullivan family often stopping by in the morning to visit my brother Michael as he waited for the high line bus. And also keeping an eye on ma and Michael as the rest of the family was still in Milwaukee for that we will ever be grateful. Rest in peace my friend.Sully
Comment Share
Share via:
JA

I am so sorry to hear of David’s passing. Even though I never saw David much after I left the area, when we did see each other, it was as if though no time had passed since our prior encounter. I remember when he returned from Korea, he brought home a jacket with an embroidered dragon on the back, that jacket was for me. This memory has brought tears to my eyes. May St. Peter and your parents greet you at the Golden Gate and welcome you with open arms. You are home. Joel Aimone 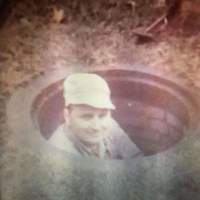